Últimas entradas
Usted está aquí: Inicio1 / Noticias2 / Foreign Ministry statement on the US decision to withdraw from the Open...

US senior government officials – President Donald Trump and Secretary of State Michael Pompeo – have announced a decision to withdraw from the Open Skies Treaty. This decision is a deplorable development for European security. This US-initiated treaty is a major component of European security. That said, Moscow was not surprised by Washington’s decision, which characterises its approach to discarding the entire package of arms control agreements and trust-building measures in the military sphere. Little attention is paid to the interests of allies, the demands of several US congressmen or the authoritative opinions of US and European experts, some of whom have been involved in the treaty’s implementation for decades.

The US administration is following the pattern it used during its withdrawal from the INF Treaty. The strategy is to cover up its own destructive actions by accusing Russia. We have replied to US complaints dozens of times both publicly and via diplomatic channels, including the Open Skies Consultative Commission (OSCC), and during bilateral meetings. And now, yet another accusation has been leveled at Russia. The accusation is that while implementing the treaty, Russia has been collecting information on critical US and European infrastructure with a view to targeting its precision weapons. This charge is being made by the party that insisted from the beginning on opening the entire territory of the participating states (above all, naturally, the USSR and later Russia) to observation flights.

We suggest that Washington make public the full list of Russian facilities that it has filmed in the past few years. Using its rights under the treaty, Russia has acted strictly in line with its provisions, and our American colleagues have made no claims against us in the past in this regard. Apparently, lacking any real argument in justifying its actions, the treaty’s opponents have resorted to this far-fetched allegation.

The United States is trying to feign the impression that Washington and its allies and associates have flawlessly abided by the treaty. This is simply not the case. We have many questions for them and some of these questions are fairly serious. However, Washington has dodged any discussion on these questions or has delayed the fulfilment of its commitments, sometimes for many years. Despite this, the US always demands the prompt fulfillment of other’s commitments. This is the main stumbling block in the failure of the attempts of the parties to the treaty to reach a comprehensive solution to its problems.

The current statements by US officials are based on the same approach. The United States may revise its decision to withdraw from the Open Skies Treaty if Russia unconditionally fulfils all of its demands in the next few months. This is an ultimatum rather than a foundation for discussion.

We are open to dialogue but it must be equitable and be aimed at considering each other’s interests and concerns. However, Washington is not motivated by this approach; it would rather just withdraw from the treaty. This is cause for deep regret because it will result in considerable damage to European security. US security concerns will not improve either and its international prestige is bound to be hurt. The policy to discard the Open Skies Treaty calls into question Washington’s negotiability and consistency. This is a source of serious concern even for US allies.

Russia’s policy on the treaty will be based on its national security interests and in close cooperation with its allies and partners. 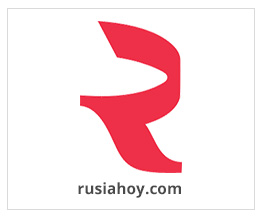